When it comes to eliciting sounds that a child is not stimulable for, /k/ and /g/ can be tricky because they are hard to see. That said, I have had pretty good luck so far using the following techniques:

By the way, if you are an SLP and you don't have Wayne Secord's Eliciting Sounds book then you might want to ask your school system to buy it for you. It is the one book from grad school that I still refer to and keep with me in my speech room. 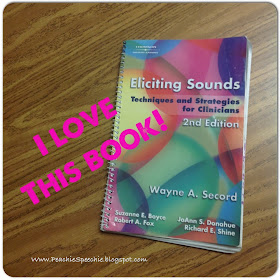 If the above mentioned techniques don't work, I usually pull out a tongue depressor or a lollipop.

I know that Dum Dums are popular with a lot of SLPs because they are small and can easily fit in little mouths. They come in so many flavors that they are sure to appeal to most children and they are relatively inexpensive. They work well for eliciting /k, g/  and I love using them but the ingredient list is just awful! So, I thought I would give the Trader Joes Organic Pops a try. They are a bit bigger than Dum Dums and honestly I don't love the shape because they are sort of wide so I might end up going back to the Dum Dums. For now, I have these: 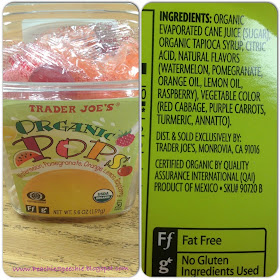 The tongue depressor is skinny enough to get behind the teeth and works better than the organic lollipops. You can see in this picture how I am able to get better tongue elevation in the back with the depressor vs. the organic pop. 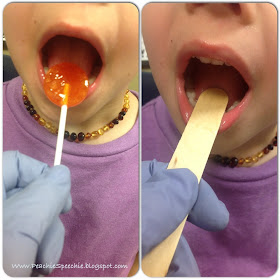 I usually set up the therapy mirror on the table and after a few trials of me holding the tongue depressor/lollipop, I have the student try to hold it themselves while saying /k/ in isolation or syllables. I made some blank lollipop cards (part of my Sweet Speech for /k/ and /g/ FREEBIE) and I give them a card for every correct production as a reinforcer. Sometimes I put a stack of them in the middle and for every correct production they get a card and for every incorrect production I get one. At the end, we count them up together (easy way to take data!). I also made some initial /k/ and /g/ word cards that I use and send home for homework. 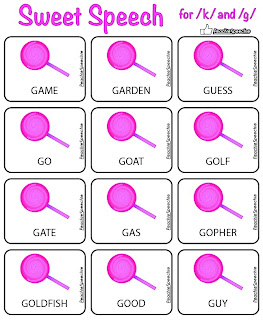 Another method I have been using for eliciting /k/ and /g/ is the cereal trick. I got the idea from Sara Rosenfeld-Johnson. This book of hers has a little drawing and explanation in it that I show the kids as I introduce the trick. 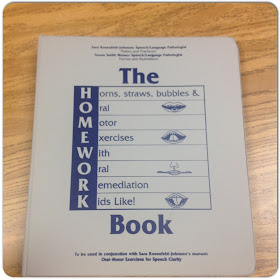 Have the student put a Cheerio (or organic version of Cheerios at Whole Foods/Trader Joes!) inside the bottom of the lower front teeth with the tip of their tongue resting in the hole of the Cheerio. Instruct them to open their mouth slightly (while keeping their tongue and Cheerio in place!) and say the /k/ sound. If they say /t/ instead of /k/, then they will drop the Cheerio! It was hard to capture a picture of this but it seems to be pretty effective for teaching tongue placement. 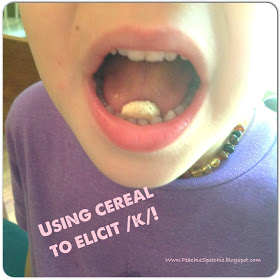 I am interested to hear what works best for other SLPs when it comes to eliciting /k/ and /g/! Also, if anyone finds organic lollipops that have the awesome Dum Dum shape - let me know!!